Someone in Ukraine doesn’t want free trade with the EU 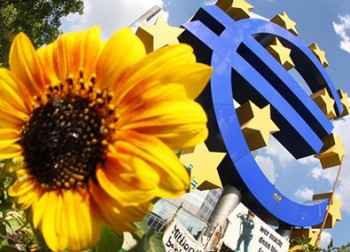 Such conclusion follows from the Association Agreement between Ukraine and the European Union in terms of preserved export duties.

For the Ukrainian enteprises this problem remains to be  topical, as it entwined interests  of farmers and processors. The exporter of seeds in this situation stimulates the demand on the products grown by the agrarians creating rivalry to processing.

In the framework of the Export Promotion Council under the Ministry of Economic Development and Trade in November 2015 the firm “Siaivo” raised the question concerning the necessity of the abolition of export duty on linseeds and camelina seeds, as well as reasonability of visa-free regime introduction for the individual business trips. Herewith, as regards the duties abolition the firm made reference to the economical grounding made by NAAS Institute of oilseeds.

Recently, the company has got a letter, in which  the Ministry of Economic Development an Trade, limiting his answer only to the first question,  informed about the beginning of temporary application from January 1, 2016 of Chapter IV of the Association Agreement between Ukraine, on one hand, and the European Union, the European Atomic Energy Community and their Member States on the other, concluded on March 21, 2014 and June 27, 2014 in Brussels (ratified by the Law of Ukraine N 1678-VII of September 16, 2014 (Law N 1678-VII) (further Agreement).

Unfortunately, the mass media lack the explanation of the possibilities for the enterprises in connection with Agreement operation, namely in the aspect of Ukrainian export duties.

Thus, Supplement I-C of the Agreement stipulates a gradual reduction of export duty on linseed from 10 to 0% over the next ten (!) years (0.9% annually). Consequently, improvements in linseed industry should be expected in 5-10 years. From 2016 the export duty rate to the EU’s countries will amount to 9.1%. In practice, on January - February customs continues to charge duty at 10% rate, ignoring the Agreement and making reference to the lack of domestic orders.

Supplement 1-D of the Agreement, called “Special measures for the export duties”, regulates the reducing of export duty rate on sunflower seeds for the next fifteen (!) years. The gradual reduction of export duty rate involves simultaneous payment of an additional fee in excess of the limit  export volume of 100 000 tonnes. Thus, over the next decade duty rate must reduce by 0.9% each year, and an additional fee will rise by 0.9%, that is a total amount of customs duty 10% will be preserved, and only beginning from the eleventh year of the Agreement the level of export duties to the EU’s countries will amount to 0% and the maximum amount of the additional fee will be reduced by 2% annually from 10% to 0%.

So, sunflower processors, mostly the members of the association “Ukroliyaprom”, will be further provided with additional revenues for sure, and the export of sunflower is likely to be negligible. The Ministry of Economic Development and Trade doesn’t give any economical substantiations of such one-side preferences…

Concerning the question of visa-free regime introduction for the individual business trips there was no response at all. Apparently, no one is in a hurry to make way abroad for Ukrainian entrepreneurs.