Mykola Shkurko: Improving the situation in linseed business can be expected within 5-10 years. 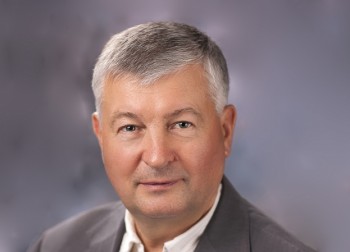 Mykola Shkurko, Chief Executive Officer of “Siaivo” company, was interviewed by AgroPortal.ua about linseed cultivation, export problems and prospects. During the conversation there was made a general view on linseed market in Ukraine, reasons of low seeded acreage, 10% export duty impact on Ukrainian linseed suppliers and perspectives for development of this agrobusiness. He noted that although linseed becomes more popular in the world, it occupies a minor segment of oilseeds market (0,8% of oil crops) in Ukraine. This fact is caused by limited sales of linseed as well as its derivatives in our country. Since the internal consumption of linseed is insignificant, it is an export crop.

There is no competition between exporters and major processors united in the association named “Ukroliiaprom”, because available volumes of linseed are miserable for them. Association “Ukroliiaprom” initiated imposition of export duty on linseed and camelina, but as a result linseed cultivation decreased and camelina cultivation stopped at all. Although linseed export remains promising, its development also was suspended. Resistance of Association "Ukroliiaprom" to export duty abolition has no economic grounds and is caused only by particularistic corporative interests of oil-extracting enterprises, Mykola Shkurko emphasized.

He informed that the main growing&exporting countries of linseed in the world are Canada, Russia, Kazakhstan. But the biggest rivals for Ukraine in the European linseed market are Russia and Kazakhstan. Therefore, the main direction of linseed exports for our country can be the South-East Asia, than the Middle East and only after that the European Union, closest to Ukraine geographically, economically, politically.

Nevertheless someone in Ukraine doesn’t want free trade with the EU. Such conclusion follows from the Association Agreement between Ukraine and the European Union. This agreement provides 10-year period of abolition of linseed and camelina seeds export duty.

According to Mykola Shkurko’s opinion, problem of economic development of Ukraine is mainly focused on the absence of a long-term strategy. In this matter the experience of such country as Canada can be extremely useful. Creating of associations like Canadian, government programs aimed at expanding of linseed and farmers support, permanent researches in order to improve quality and forecasting of market coupled with the abolition of export duty can create the preconditions for a strong access of Ukrainian linseed to international markets.

As a conclusion chief of “Siaivo” company said that due to consideration the bill № 4737  in the Verkhovna Rada of Ukraine on abolition of linseed and camelina seeds export duty, there appeared an opportunity to budge the case of association of linseed growers and exporters to achieve this goal together.