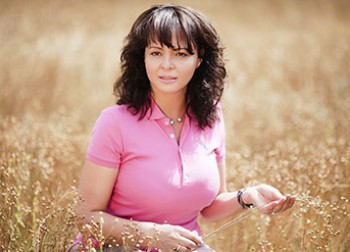 The agrarian news agency Agravery has recently published the article about the reasonability of implementation of export duty on soybean and rapeseed  suggested by “ Ukroliyaprom”.

The oilseeds producers interviewed by Agravery.com, which are currently facing export duty, regard this measure differently. While sunflower seeds producers believe the duty will give rise to the branch, the linseeds producers are vice versa making moans, since there’s no end and consumer markets for linseed oil in Ukraine.

“The implementation of export duty was a noticeable step forward for the development of sunflower seeds and oil processing”, tells a sales manager from a big company producing sunflower oil on the conditions of anonymity. Now, judging by his words, more than a half of world export of sunflower oil accounts for our country, Ukraine is in fact holding a monopoly on it.

Nevertheless, the head of analytical department of AAA consulting company Maria Kolesnyk notes that the producers are themselves guilty of  production capacities exuberance. “Whereby on an average 10-11 million tonnes are yearly produced, its export doesn’t exceed 400-500 thousand tonnes, the rest is processed” she tells, adding, that in hope for conquering the bulk of the market some of the oil makers have been rapidly increasing the facilities. Quite interesting, that to fix the soybean and rapeseed processing on free facilities is also difficult enough, tells the he head of the association “Ukrsoia” Victor Tymchenko. “It’s a very expensive process of re-equipment. But everything is possible. Just now we are lacking the free facilities for the processing of these commodities” he tells.

Iryna Kostiushko, owner of the company “Zoria” in Zhytomyr region, who has been in linseed growing already for three years, considers the duty to be a sticking point for the development of the niche branch. “Currently export duty rate amounts to 10 %. But, unfortunately, this measure didn’t work  in favour of linseed producers to the degree it helped in sunflower processing. Firstly, the commodity is niche and  its production is not mass. For it to become mass, state support is required, which linseed growers unfortunately don’t have” tells Iryna Kostiushko. According to her words, the cancellation of duty could give a stimulus to the branch, because in order to process linseed inside the country, at first production volumes should be provided, which can give a possibility to processing enterprises to work without any loses. “The market of oil linseed is undeveloped in Ukraine, since only 15 % is processed, the rest – is aimed at export, consumer market is unformed. In case demand for linseed oil exceeded offer, business would react in increasing the production” she tells. To her mind, the fact that linseed got into the same market group along with sunflower, makes it to be non-competitive in comparison to Russia and Kazakhstan, which are increasing producing volumes and export.

However, the proposition of the association is unlikely to be accepted. “Reduction of export duty on sunflower is one of the main requirements of free trade area with EU, that’s why I don’t think they will manage to lobby additional duties” tells Maria Kolesnyk. The Cabinet of Ministers also reacted negatively to the initiative. For example, the Minister of Economic Development  and Trade Aivaras Abromavichus didn’t support the initiative. “I am against the implementation of the export duty on soybean. We are taking away the special regime of VAT from poor agrarian already. And to take away also the possibility to export at the market price? This is  not entirely correct” he tells.