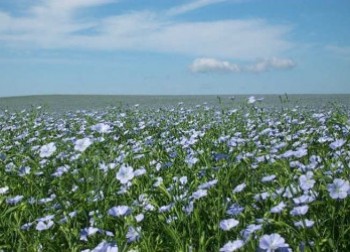 He thinks that the initiation of the export duty has a negative impact on Ukrainian linseed suppliers. Unlike sunflower recycling industry, which can make a profit of it, linseed recycling sphere is an outsider because of uncompetitive prices and poorly organized infrastructure in Ukraine.

Mykola Shkurko gave some statistics and numbers concerning linseed production in the past couple of decades. Judging from it we can make a conclusion that linseed export is profitable but some governmental regulations are always in the way.

As for linseed importers, the main buyers of Ukrainian product are Belgium, Lithuania, Germany, Italy and Vietnam. To his opinion the cancellation of export duty will change the situation for better, specifically it will help to develop camelina seeds industry.