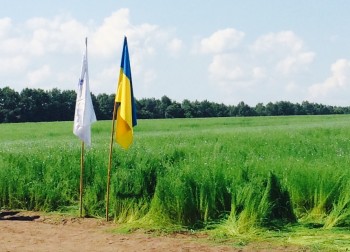 The festival was organized under the patronage of the mayor of Hlukhiv Michel Tereshchenko – a descendant from the glorious family of Ukrainian benefactors, who had rejected French citizenship in favor of Ukraine.

In the framework of the festival the Holiday of flax seed blooming was held. The guests gathered early in the morning on the field of the agrarian firm “Elifibr”, near the highway Hlukhiv-Sumy.

The holiday was opened by Michel Tereshchenko. In the official part of it CEO of the company “Siaivo” Mykola Shkurko also made a speech and told about benefits of daily consumption of wholegrain ground flax seed, the need of developing the National programme of healthy nutrition, including consumption of flax seed. He read out an appeal to the Head of Verkhovna Rada of Ukraine on the priority of consideration the draft-law  № 4737 “On amending the Law of Ukraine “On rates of export duties on certain types of  oilseeds” concerning the abolition of export rates on flax seed, crushed or uncrushed and camelina seeds”.

The special moment of the event was caught by Aliona Kyzyma. 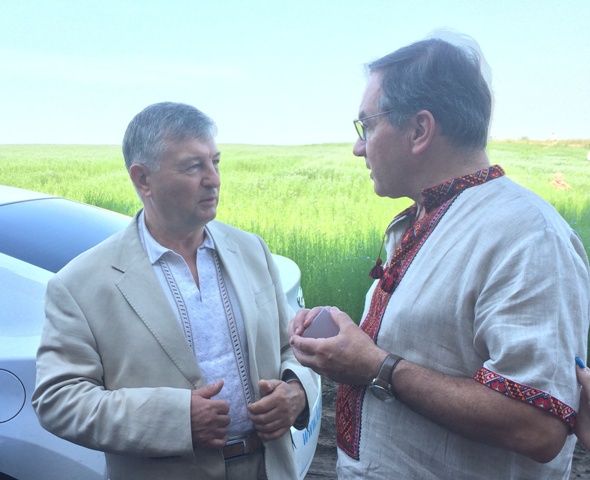 Michel Tereshchenko and Mykola Shkurko (to the left)